As I was walking home this past Friday, along Fifth Avenue, I actually noticed a sign about an exhibition of Anders Zorn’s work in a museum I never knew existed. I walk past it all the time, and I didn’t realize the building was a museum called “the National Academy“. Anywoo, made it a point to go see the exhibit today because it’s closing very soon and it’s freaking ANDERS ZORN people!!!

“Who?” Many people will ask. I only learned about him about three years ago. I’d seen one of his painting hanging next to a Sargent at the MET, but I didn’t actually start remembering him until I saw his etchings. I actually do not like etchings for the most part. The most famous artists who have done etchings are Rembrandt and Goya and I was not particularly fond of them. But seeing Zorn’s etchings just blew my mind, and is part of the reason why I took etching classes two years ago. Looking at Zorn’s body of work (which includes watercolors and oil paintings), it boggles my mind that I never heard of this guy until recently. I place the blame squarely on my art history education.

The only art history class I ever took was in high school, and it was basically an overview of 2000 years of art, mostly from a Western perspective, but I had to learn about non-Western Art on my own if I wanted to pass the AP exam (…although, given the amount of people who just plain gave up on the test, and that it’s graded on a curve means that maybe I shouldn’t have tried so hard, but I digress). Zorn lived in the late 19th, early 20th century, basically at the same time as Impressionists and Post-Impressionists. Zorn’s work, especially his oil paintings, could be described as impressionist, but I don’t think that he really fits into that group. The fact that he was very financially successful as an artist would lead me to believe he was part of “the establishment” of academic painters. My point is that, when you learn art history, the Impressionist and Post-Impressionists are described as these underdogs who made avant-garde art that nobody understood, but history would vindicate their crazy ideas. The academic painters of their time meanwhile are portrayed as sellouts who painted boring / lofty subject matters for their rich masters. In art history class, I learned about Manet, Monet (there must have been jokes back then about the similarities of their names), Degas, Seurat, Cezanne, Gauguin, Van Gogh, Matisse, etc…But I never heard of Zorn or Bouguereaux who were the most successful artists of their time. My point is, Zorn doesn’t fit into the narrative Art historians have crafted.

So, to summarize my visit to the exhibition, here is what I felt: I feel like I’ve wasted my life and I’m a talentless hack. I encourage everyone to go to the exhibit to feel the despair and awe that I felt looking at this man’s work. It ends May 18 and the museum is closed Monday and Wednesday, so there’s not much time left. I also need to point out, the exhibition is only on two floors, and entrance is 15$, so it may be a bit expensive for some.

Also, there’s a book of the exhibition which I also recommend . I actually bought it from Amazon two weeks ago not realizing the exhibit was happening so close by (which is why I did a double take when I saw the sign in the street Friday night). What I love the most about this book is that it separates the text from the artwork. You see, I don’t read art books (unless it’s instructional). The particulars of an artist’s life doesn’t interest me, all I care about is their work. In most art books, you get pages and pages of text, with pictures of the work squeezed in, that you need a magnifying glass to see in detail. In this book, there’s a whole section of artwork reproduced on full pages. It’s awesome, especially for the etchings, you can just get lost looking at the scribbles. Here are some pictures of the book: 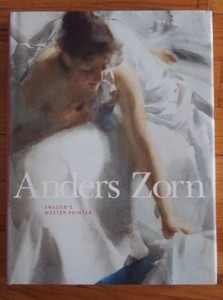 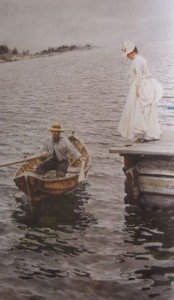 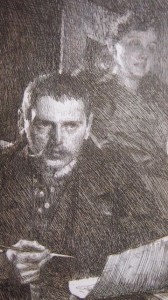 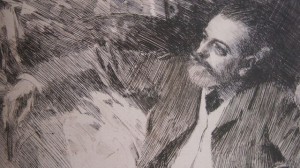 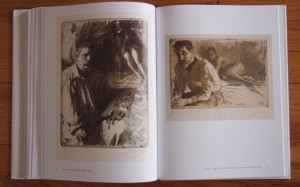 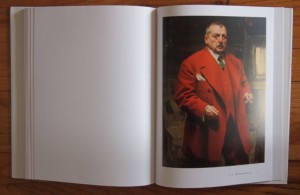 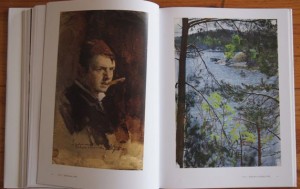 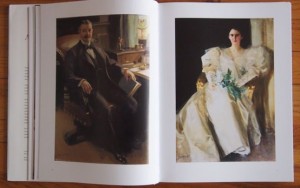 I have this other book about Zorn, which suffers a bit from that “cramming artwork next to text” problem I mentioned before. It’s called “Anders Zorn: A European artist seduces America”. If you can only have one Anders Zorn book in your life, I think “Anders Zorn: Sweden’s Master Painter” is the better buy. Here are some shots from it as well: 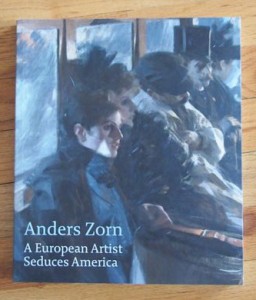 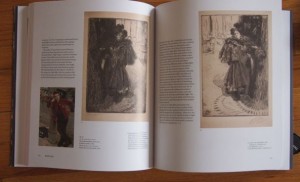 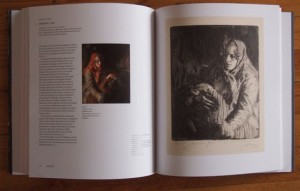