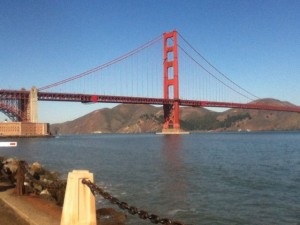 As I mentioned in my last post, I went to APE two weeks ago. This trip represented a lot of firsts for me: first time showing my work outside of New York, but more importantly it was the first time traveling by myself to a place I’d never been before. I was extremely scared about the whole experience, feelings that were sort of exacerbated when I landed in SFO and got lost in the airport trying to find the BART train. And then when I got off the train to the Powell Street station, I quickly noticed there were quite a bit of homeless people, which I got to tell you doesn’t really inspire a lot of confidence when you’re a stranger in a strange land. Compound that with the fact I was staying at a hostel and sharing a room with three strangers…well I was in a hurry for the whole experience to be over. I’m the sort of person who gets anxious when faced with new experiences, so this trip was a doozy for me. But I came out of it unscathed and I’m happy I did it.

First of all, everybody I met at the convention was super nice. I dare say they were the nicest people I’ve ever met at conventions. I had a good time chatting with the exhibitors next to me. On my left were Alexis and Justin Hernandez of glowingraptor.com who sold prints, books, charms and even soaps. And on my right was Amelia Davis who draws online comic “The dead hand used bookstore”. Didn’t really have a chance to walk around the convention, as I was tabling by myself and I felt guilty having my neighbors watch my stuff.From the cursory glance I had, all I can say was that there were a whole lot of talented exhibitors on display.

As far as selling stuff went, I did pretty well. I debuted my “Tree of Life” print, and it was a big hit. I sold out the 7 copies I brought on the first day.”Mister Book” continued to amuse people and he sold out as well…if only I could figure out a way to mass produce that particular book 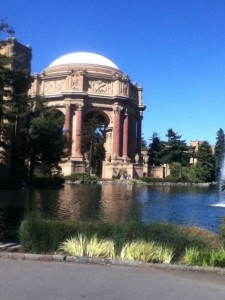 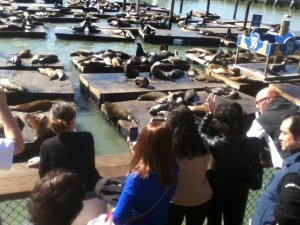 Once the convention was over, I spent the next day sightseeing. I walked from my hostel in the “Tenderloin” area to Lombard “Crookedest” street, and continued on to the Golden Gate Bridge. Then walked back to the “Palace of Fine Arts” and then to Pier 39. I also went to Coit Tower and at that point decided I was too damn tired so I might as well head for the airport. Here’s a bit of info about me: I walk a lot. I often walk 5 miles a day, so I like to think I have some endurance but walking in San Francisco really tested me what with the “hills” (mountains more like). I also climbed a thousand stairs to get to Coit Tower. If I were to live in San Fran I would get some really strong legs, because that was quite a workout.