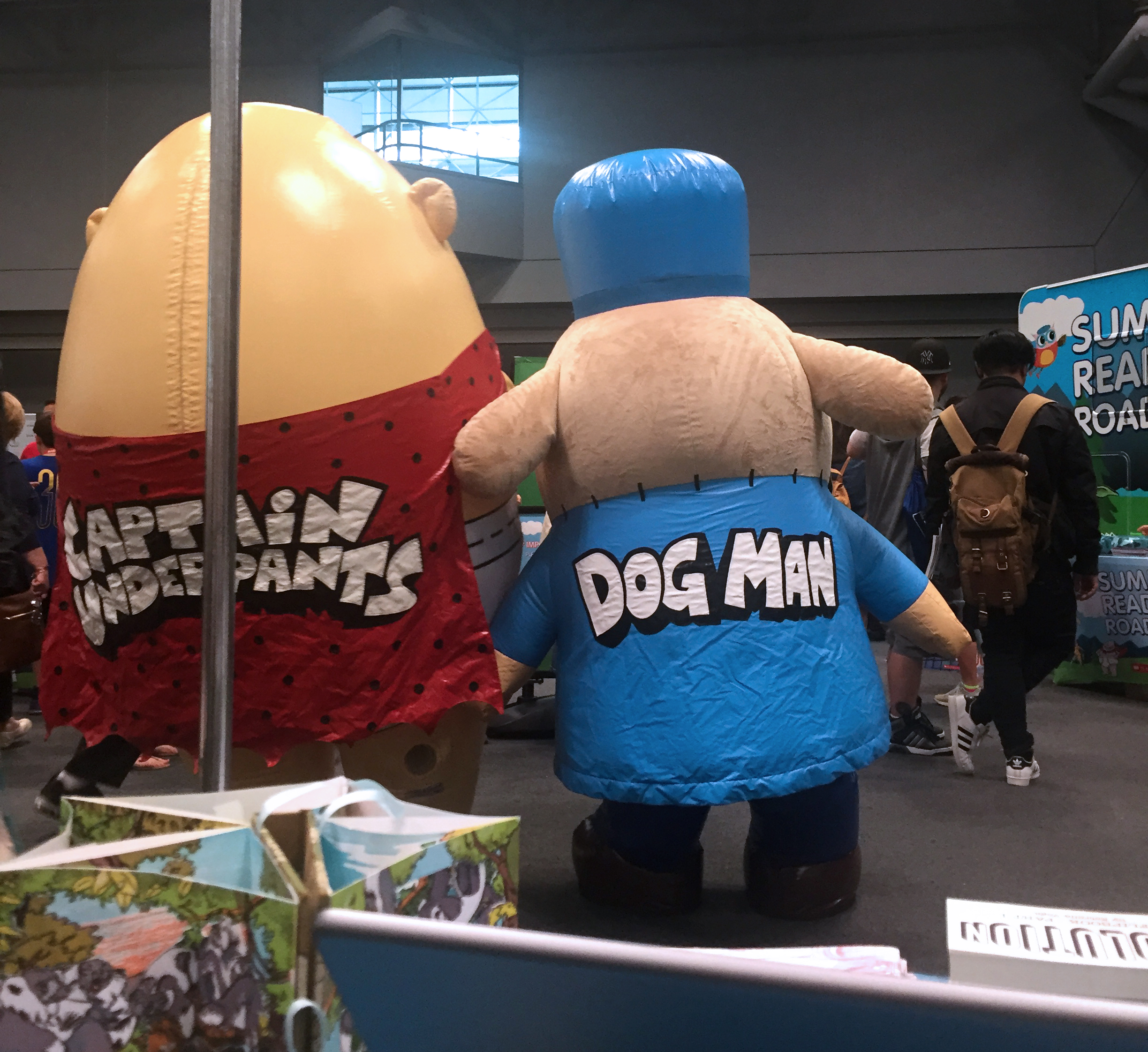 Yesterday, I finished my 5-day exhibition at Book Expo / BookCon. I debated attending this show for about 4 months. The main reason it took me so long to decide was because it would be the most expensive show I’d ever done: $1850 for a table. I tried searching online for some advice on whether this would be the right venue for me, but couldn’t find any answer. In the end, I decided to take the plunge because it felt like I hit a wall in promoting my books: I’d been emailing different blog and companies to either review or carry my books and 90% of my emails were unanswered. So, given the lack of information for self-published authors about BookExpo and Bookcon, I’m doing this little blog post to guide future generations. For the people who don’t want to read my whole post, let me cut right to the chase: it’s not worth it.

First off, I actually felt like the communication from the organizer wasn’t great. Big companies exhibit at these shows, which means that they set up big elaborate booths, consequently, the exhibition guides are very complex to accommodate these booths. Companies have to order electricity, set up the delivery of their furniture, and other complicated logistics that have nothing to do with an author setting up a small table. Apart from that, I wasn’t clear on signing-in and setup procedure… I spent a good 20 minutes at the sign-in desk because people couldn’t find my information in their database. The worst part was Wednesday. The website stated BookExpo would begin on Wednesday at 1:00 p.m, so I showed up, set up my table and then waited for people to come by. Maintenance people were still setting up booths and stages, which seemed odd given the show had started. After about 4 hours of waiting around, I just gave up and went home. I think Wednesday was the day publishing people had meetings, and wasn’t so much a day for people to walk the tradeshow floors, but the point is, I wish this would have been clearer, instead of having me waste four hours of my time. The next morning, I saw that someone stole one of my handmade carousel books from my table. I try not to dwell on it because it REALLY  pisses me off, but I hope this person suffers for all eternity for this vile act.

On Thursday, the show “officially” started. I had very low expectations because I have some “experience” with the industry: I know full-well agents, reps and publishers aren’t looking to scout self-published authors. First of all, publishers won’t look at your stuff if you have no agent, and the agents won’t look at your stuff because you are just a nobody…Well maybe that’s too severe a judgment, but agents are pretty hard to find to begin with, and if you do find one on the web, many will say that they’re not currently accepting submissions. It seems to me that the publishing industry is perfectly content on living off Dan Brown, Stephen King, and Hollywood actors turned authors. New blood, who needs it? I was actually hoping to meet distributors, and I met none. I also hoped that maybe librarians would be interested in my books, but my impression was that librarians couldn’t care less for self-published books. Sure, I could have gone to the booths myself, but after having my very precious book stolen, I didn’t want to leave my table for an extended amount of time. I did meet printers, and the people who printed my Paleozoic book series, so that was nice. On the whole, it was disappointing and a reminder that as a “nobody” looking to make a living off my art, the road is littered with rejection and indifference.

Though I had low expectations for BookExpo, I actually was mildly optimistic for BookCon. According to the marketing material I was sent and articles I saw online, the crowd at BookCon would be substantial. I reasoned that if the crowd was huge, surely a decent amount of people would stop by my table. I reasoned wrong.

To back up a bit, when I had to pick my table for the convention, I was told by the organizers that there would be a section for children by my table. What I wasn’t told was that this section would actually be Scholastic promoting their characters. What I was envisioning as maybe a rest area for parents and their children was actually a big promotional machine for a huge company that I can’t compete against. So I was mildly annoyed at my table being sporadically blocked by people who just wanted to take photos with Scholastic mascots. That was the first strike.

The second strike was that I soon realized every publisher was giving away free stuff. As a self-published author, giving away my books would be financial suicide, but the thing is, most people came in with the expectation of receiving free things which put me and other self-published authors at a disadvantage. People don’t want to spend money if they know that there’s free stuff to be had. Seriously, the crowd was stingy compared to APE, TCAF, CAKE and CAB. I sold a grand total of 15 books, even though I offered an incentive (free totebag) to buy the whole book set.

The third strike was that, at the end of the day, the crowds weren’t here for us, self-published authors. What I mean by that is that people would altogether avoid our section, or walk through it without looking around. People preferred waiting in line to meet a famous author instead of spending a couple of minutes looking at independent authors. Whereas in comic cons I’ve done, people were curious about seeing unknown artists, in this festival, the vast majority of people just wanted to see celebrities and go to the tried and true big publishers. Also, the crowd was predominantly comprised of teen girls, which isn’t my audience to begin with. People who buy my books are a varied lot that don’t exactly fit in one demographic, but I can safely say there’s very little overlap between a person who reads YA fiction and a person who buys science art books. To illustrate this point, I had a “give away” set up: I offered a free silkscreen print to every person who signed up for my newsletter. The last time I did that at CAB, I ran out of 100 prints in fours hours. At BookCon, over the span of two days, under 15 people took me up on the offer. So, it was very demoralizing.

Upon talking with other exhibitors, we all agreed that the placement of the author market wasn’t very good. We were shoved off to a corner, and despite the large crowds, our section was similar to a desert. The only way crowds came to our distant corner was when Scholastic brought out their mascots for photo op, but then the problem was people just came for Scholastic and nothing else.

I was also very disappointed with the size of the table provided, especially given the huge price tag that table came with. At the end of the day, I feel like I was lied to by the organizers: I thought there was a “space” for people like me at these shows, but nobody really came to see us.  BookExpo and BookCon are not for self-published authors…I should specify that BookExpo might be useful for attendees that are self-published because there are some presentations about self-publishing, but certainly not exhibitors. And BookCon is a showcase for big media companies and nothing else. Not only is it a huge waste of money, but companies looking to sell you translation services will call you to sell their services a full month in advance of the show. So just don’t do it.