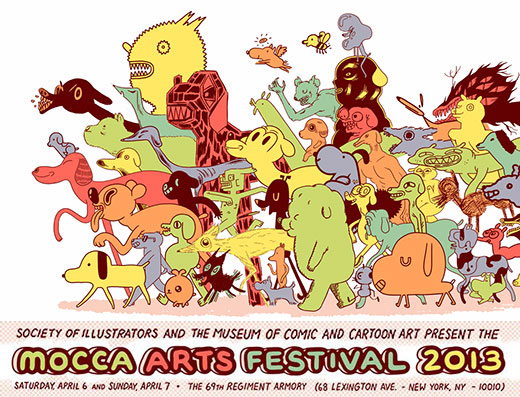 This weekend I will be sharing a table with fellow “squiders” Alden and Alex at Mocca Fest 2013. I’m paradoxically not super excited. I feel a bit burned out with festivals, and I really shouldn’t be considering I’ve only done eight over two years. We will have the new issue of 3-arm squid to debut at the festival, but otherwise I personally don’t have anything debuting. Part of the reason is that I didn’t want to repeat my stressful experience last year of trying to finish a new book in time, and with the festival moved a month early, it was going to be even worse to meet the deadline.

I thought about finishing the second issue of my “Alien encounters comic”, and I did finish inking a bunch of pages as you’ll see below, but after getting feedback on where I was planning to end the second issue, I decided to hold off until I had more pages finished. The end I had planned wasn’t exciting enough, and the next exciting beat doesn’t happen for another twenty pages or so…Anyway, I’m personally tired of having this project on the back burner for so long, so this year I’m focusing on getting it finished. It’s going to take a while because drawing ants and especially their legs (they’ve got 6 of them) is hard work. 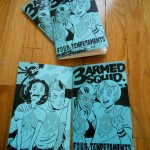