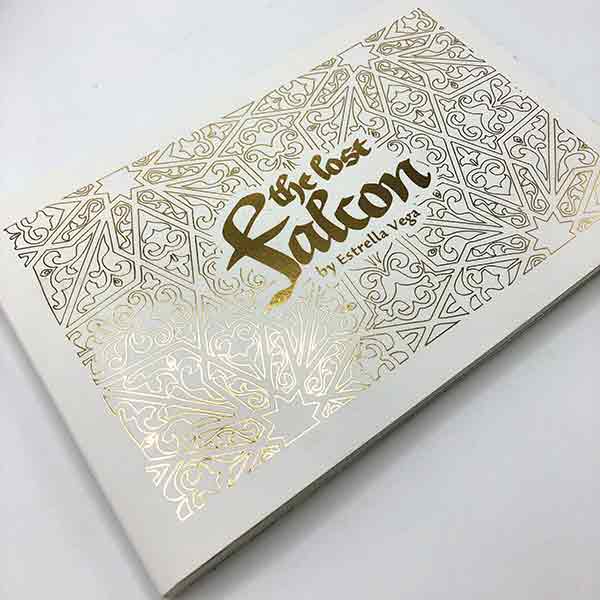 It’s been a while since I last wrote a post. My ongoing battle with insomnia makes it hard to stay productive sometimes. I saw a new sleep doctor, and I FINALLY was prescribed sleep medicine, as opposed to anti-depressants that have sleep-inducing side effects. Turns out, sleep medicine doesn’t stop me from waking up in the middle of the night either. So my doctor said that something must be waking me up, which got me thinking “That’s what I’ve been saying for two years but nobody believed me!”. I understand that being a doctor is hard, but I get VERY frustrated that many don’t seem to listen to me. Maybe it’s prejudice against young people: we’re supposed to be healthier than seniors, and if we’re complaining about something, it’s not serious. I could continue my rant about the healthcare system, but I won’t because that would be tedious.

Anyway, to get to the important topic at hand: Last year, I ran out of my handmade book “The Lost Falcon“, and I started to produce a second edition. It was while I was attempting to trim those books that I thought to myself “I can’t do this anymore”. Between printing the thermal ink several times to get the right opacity, die cutting the covers, glueing all the pages and trimming the final board book, it’s a lot of work to get one done, and a few copies get botched along the way. So I started a kickstarter, to send the book to a printer, but I was unable to fund it.

Thankfully, a few weeks after the kickstarter ended, I got a temp job as a production designer. So I was able to pay the printer by myself…but honestly, I don’t think I can self-fund another project any time soon, because “The Lost Falcon” was very expensive to print: about $20 per book. 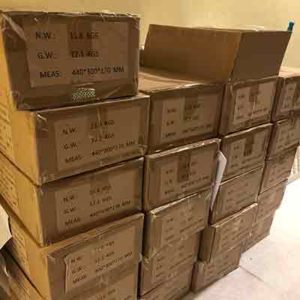 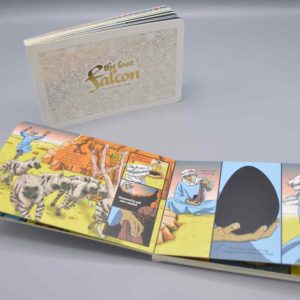 It’s available for sale in my shop and on Amazon. I actually created an e-book version of the comic, but I’m not sure if it’s worth putting out there. It works with Apple Books software, because it’s in the e-book format. Amazon Kindle, which is by far the most popular reading device/software, uses the mobi format, and as far as I can tell, that format doesn’t allow for interactivity. So I’ve been struggling creating a mobi version of the book.

Next project down the pipeline is the seventh book in my prehistoric series: the Jurassic. I finished penciling, I’m 90% finished on inking (still need to draw some skin texture on animals). I’ve started coloring, and I’m at the “I don’t know how to color these animals” stage.