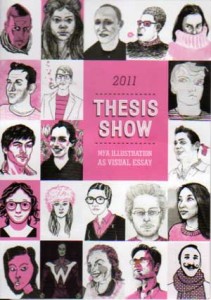 I saw the thesis show for the “illustration as Visual Essay” program (SVA) last weekend. The reason I went is partly because I’m interested in the program, and also I’ve met a couple of people who are graduating from it this year. I was told that the thesis for the project has to be a book of some sort, and I was kind of disappointed that a lot of students didn’t have a finished book on display. The reception for the show is tonight, so maybe they’ll have more things on display.

I liked the book of Jungyeon Roh, I’ve seen her working on it since last semester so it’s great to see the final product. Jess Worby had a comic on display that was a bit surreal with a talking squirrel-man. Also I very much liked the illustration from Maria Goldfarb, the color schemes are really nice. Lastly, Philip Cheaney illustrated an e-book and displays the book on an IPad. I actually really liked his project because the illustrations had animation. It inspired me to sign up for a class to learn how to make apps for the IPad.

The thesis show is on display at the SVA Gallery, and will be up until May 14.The reception is tonight though, from 6-8 pm. 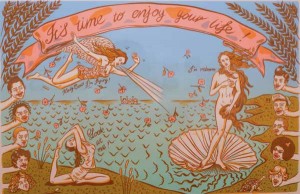 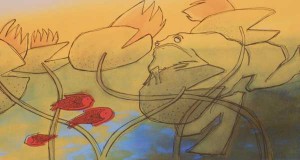 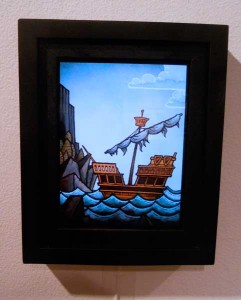